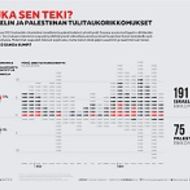 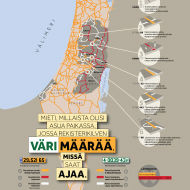 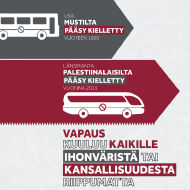 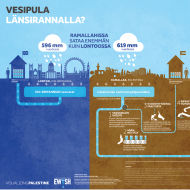 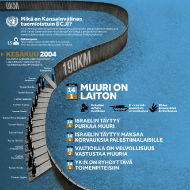 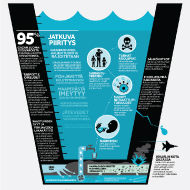 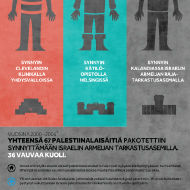 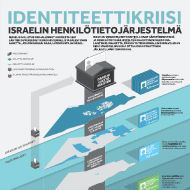 [February 2013] Marking the first appearance of a Palestinian film at the Oscars, the infographic ‘5 Broken Cameras: Growing up with the Bil’in Resistance’ charts the story of the first five years of one village’s resistance against the Israeli wall. Bil’in is one of nine Palestinian villages engaged in regular demonstrations against the Israeli wall, which continues to be built despite being declared illegal by the International Court of Justice in 2004. Throughout the years, Bilin's community has faced violence from the Israeli military and settlers, and indiscriminate raids and arrests in their village.