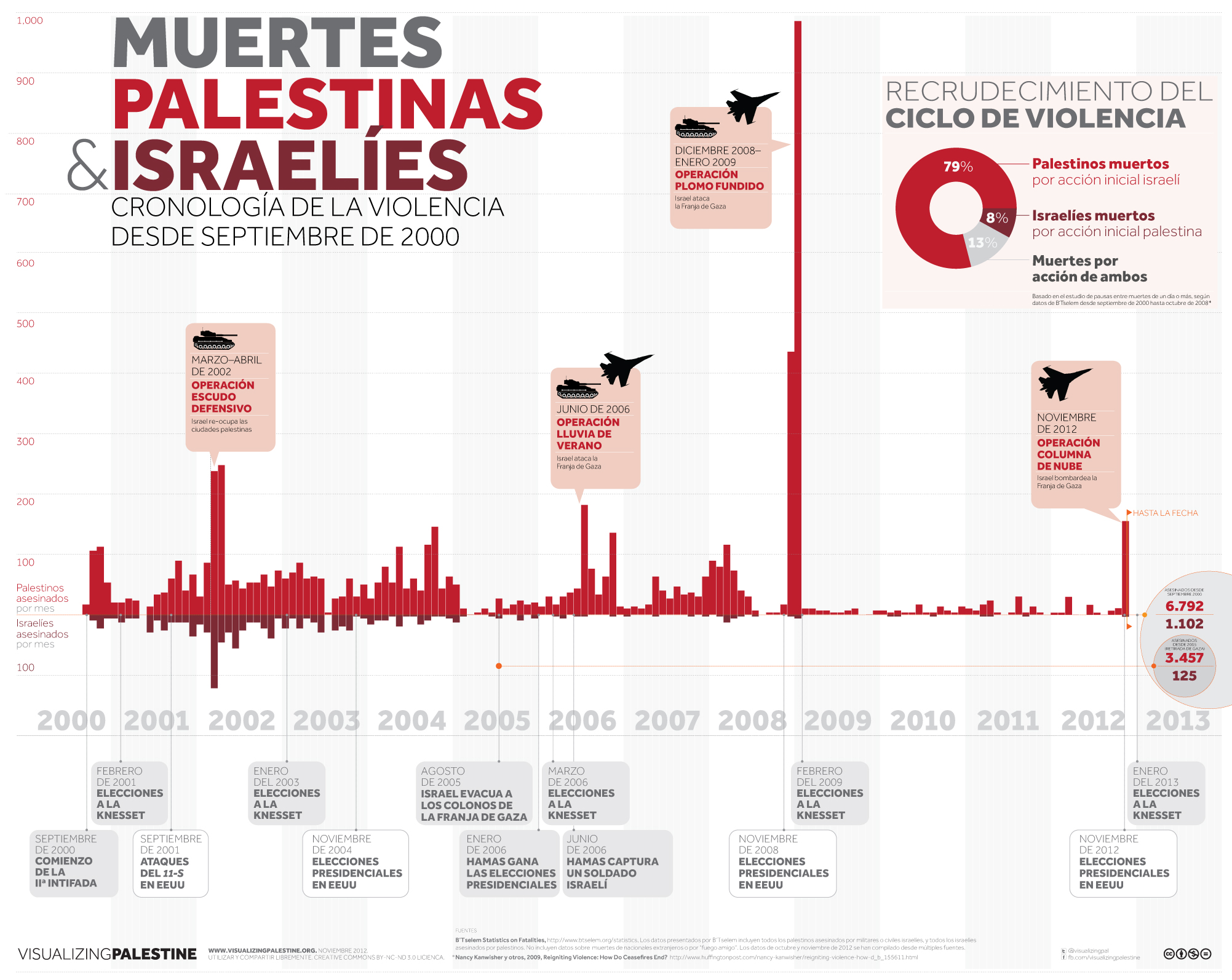 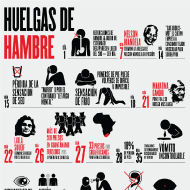 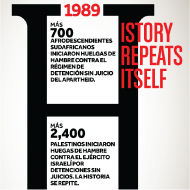 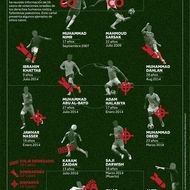 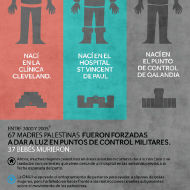 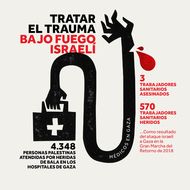 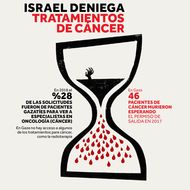 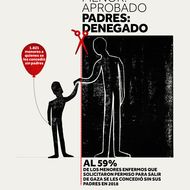 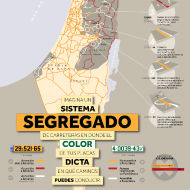 [November 2012] ‘Timeline of Violence’ reflects on the death toll and cycles of killing in the Israeli-Palestinian issue, drawing on detailed data gathered by B'Tselem since the outbreak of the Second Intifada in September 2000. The graphic was released in November 2012 by Al Jazeera, amidst Operation Pillar of Cloud, the Israeli bombardment of Gaza. News coverage consistently described the bombardment as defensive, a response to a protracted barrage of Hamas rockets. The graphic called this coverage into question by displaying the stark disparity between Palestinians and Israelis killed since 2000.

> Palestinian and Israeli Deaths: Timeline of Violence Since September 2000