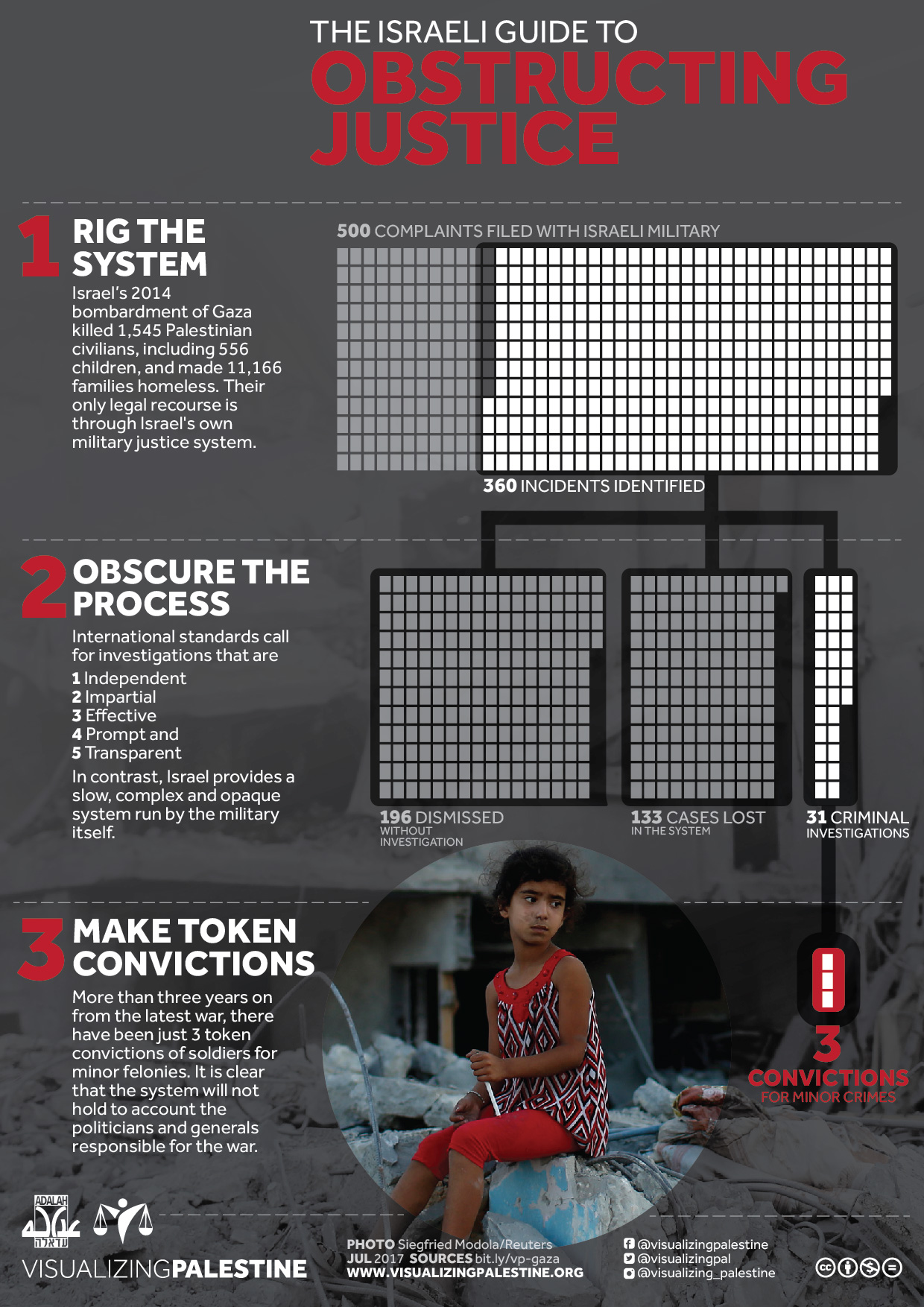 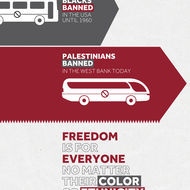 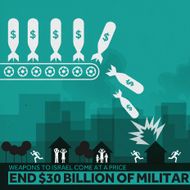 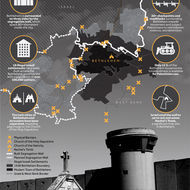 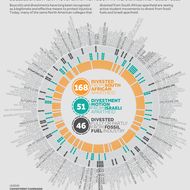 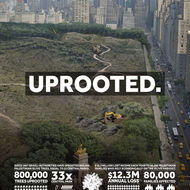 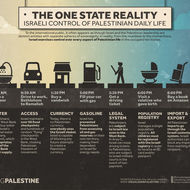 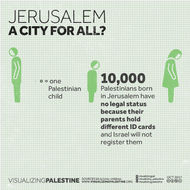 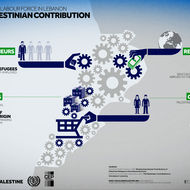 For victims and survivors of the 2014 assault on Gaza, Israel’s own military courts are the only place to seek legal recourse. Yet these courts fall far short of international standards.

500 Palestinian complaints were filed with Israeli military courts in relation to the 2014 Gaza war. Only three cases resulted in conviction.

Military commanders and politicians—those most responsible for the massive destruction and loss of life in Gaza—have never been held accountable for their role in violations of human rights and international law.